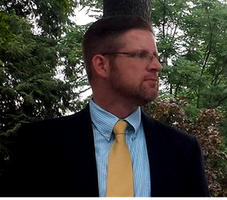 Jason Gregory is in is 22nd year of teaching and currently serves as the
Associate Director of Bands and the Director of Percussion Studies for the Youth Performing Arts School in Louisville, KY.  He also serves as the Director of Athletic Bands for duPont Manual High School.  Prior to joining the YPAS and duPont Manual faculty in 2008, Mr. Gregory served as the Director of Bands for Henry County Middle and High School, North Oldham High School, Myers Middle School and assisted at Seneca High School. His teaching responsibilities at YPAS and duPont Manual include or have included Percussion Ensemble, Chamber Ensemble, Intermediate Woodwinds, Symphonic Band, Wind Ensemble, Pit Orchestra, Music Theory I, Marching Band and Pep Band. Mr. Gregory oversees all aspects of the woodwind and percussion curriculum at YPAS. His YPAS ensembles have performed at the Kennedy Center, Chicago Symphony Hall, the Music for All National Band Festival and the MFA Sandy Felstein National Percussion Festival, the KMEA Professional Development Conference and most recently, the 2017 Midwest Band and Orchestra Clinic. The YPAS Percussion Ensemble has also won the Black Swamp Percussion International High School Percussion Ensemble competition in 2015 (1st place) and in 2022 (2nd place) under his leadership.

Mr. Gregory also serves as freelance percussionist, arranger and adjudicator throughout the state of Kentucky and Indiana. Over the years, he has performed with the Louisville Orchestra, the Owensboro Symphony and the Evansville Symphony. While with the Louisville Orchestra, he has performed with numerous artists including Luciano Pavarotti, Martina McBride, Frank Sinatra Jr, the Spinners and David Clayton Thomas of Blood Sweat & Tears. He is currently a member of the Chamber Winds of Louisville Concert Band, a community ensemble conducted by Dr. Frederick Speck, the Director of Bands at the University of Louisville. The ensemble recently performed at the 2013 Midwest Band and Orchestra Clinic and at the KMEA Music Conference in 2012. Prior to becoming a band director, Mr. Gregory served as a clinician for Yamaha “Sounds of Summer” Camps, taught percussion for numerous high school percussion programs and served as the Percussion Caption Head for the Bluegrass Brass Senior Drum & Bugle Corps in 1997 and 1998. Currently, he serves as a music, visual and percussion adjudicator for various KMEA sanctioned marching band festivals, and a concert band festival and Solo and Ensemble adjudicator for the KMEA 5th District. As a percussion arranger, he has written for two Senior Drum & Bugle Corps, the University of Louisville and for numerous high school programs in the Kentuckiana area including his own band program.

Mr. Gregory is a graduate of the University of Louisville School of Music (BME 2001) where his principal percussion teachers were Chad Stoltenberg, James Rago, Greg Byrne and Michael Ferraracio. He earned his Master Degree in Education from Indiana Wesleyan University (MED 2008).  His professional affiliations include the Kentucky Music Educators Association, the Percussive Arts Society, the Jefferson County Teachers Association and NAfME, the national association for music education.

Percussion Instructor -Kyle Roemer
Kyle is a Music Performance Major at the Cincinnati Conservatory of Music and is an alumnus of duPont Manual High School and the Youth Performing Arts School. Mr. Roemer oversees our front ensemble percussion instruction.

Percussion Instructor - Paul Pfiefer
Paul is a Music Performance Major at the University of Louisville and is a graduate of Owensboro Catholic High School. Mr. Pfiefer oversees our marching percussion (drum line) instruction.

Assistant Director/Color Guard Instructor/Choreographer - Megan Alvey
Megan is an Algebra teacher at duPont Manual High School. She is an Owensboro Catholic HS graduate and participated in the marching, concert, pep band and color guard programs at OCHS. She was also a member of the University of Kentucky "Wildcat" Marching Band, performing as a member of the color guard and eventually serving in a leadership position as one of the drum majors/podium conductors.

Color Guard Instructor/Choreographer - Rachel Wiley
Rachel is a University of Louisville graduate in photography and art design. She was a member of the DCI finalist, Crossmen Drum & Bugle Corps out of San Antonio, TX as well as the WGI finalist Lexis Winter Guard out of Lexington, KY. Rachel also serves on the color guard staff for the independent winter guard program "The Magnolia Project". She is a graduate of Eastern High School in Louisville, KY where she performed in the color guard.

Color Guard Instructor - Abigail Martincic
Abigail is a student at the University of Louisville and is a graduate of Bullitt East High School. She is also a performing member of the independent winter guard organization, "The Magnolia Project".

Visual/Winds Instructor - Nick Felty
Nick is a graduate of the University of Louisville where he earned a degree in Music Education Major with a jazz emphasis (trumpet). He is an alumnus of duPont Manual High School and the Youth Performing Arts School.

Visual/Winds Instructor - Camron Gooden
Camron is a Jazz Performance Major (string bass) at the University of Louisville and is an alumni of duPont Manual High School and the Youth Performing Arts School. He also plays in ensembles on trombone and euphonium.

Visual/Winds Instructor - Angel Gross
Angel is a Music Performance Major (trumpet) at the University of Louisville and is an alumnae of duPont Manual High School and the Youth Performing Arts School.

Visual/Winds Consultant - Charles Stewart
Mr. Stewart has an extensive teaching and marching arts background having served as Director of Bands at Jeffersontown HS, Shelby County HS, Ballard HS and once again back at Jeffersontown HS. His bands have earned numerous Distinguished ratings in both concert and marching venues. Under his tutelage, the Shelby County HS Marching Band and Ballard HS Marching Band placed in the finals (top 4) of the Kentucky State Championships on multiple occasions. Mr. Stewart is a former Drum major of the Canton Bluecoats Drum & Bugle Corps and now serves as a staff member for the corps. He also serves as a music and visual adjudicator for the Kentucky Music Educators Association.

Woodwind Sectional Instructor (Band Camp only) - Adam McIntyre
​Adam earned his music education degree from the University of Louisville and currently serves as the Orchestra Director at Jeffersontown High School in Louisville, KY. He is a graduate of the duPont Manual HS and YPAS band program. He is a former student of Mr. Ron Jones and professor Adam McCord.